WE WILL ROCK YOU 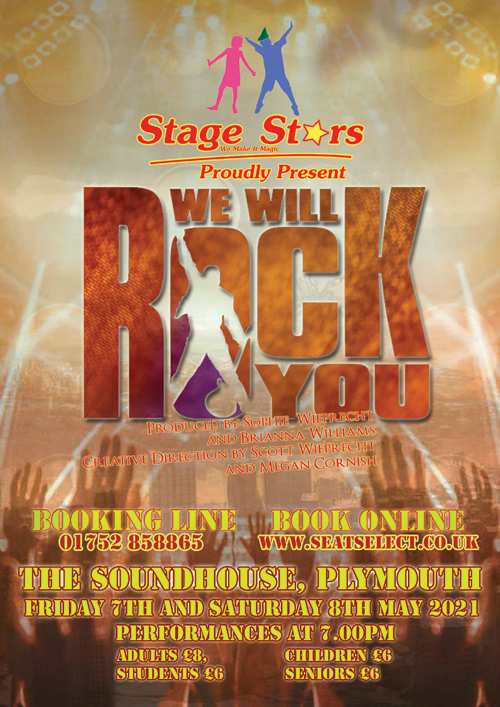 WE WILL ROCK YOU - SYNOPSIS

Featuring more than 20 hit Queen songs, WE WILL ROCK YOU School Edition follows two revolutionaries as they try to save Rock in a post apocalyptic world. Featuring the songs “Another One Bites the Dust,” “Bohemian Rhapsody,” “Killer Queen,” “We Will Rock You,” “Somebody To Love,” “We Are The Champions,” “Don’t Stop Me Now” and many more.

After a victorious 12 year reign and having rocked over 7,376,485 people in a record-breaking 12 years at the London Dominion Theatre, We Will Rock You played its final London performance on May 31 2014. With 4,659 performances played, We Will Rock You achieved the distinction of becoming the longest running show ever at London’s Dominion by a margin of nine years and  took its rightful place in London West End history, sitting proudly in the Top 10 longest running musicals of all time. By this time We Will Rock You had been performed in 28 countries around the globe and seen by more than 16 million people.

WE WILL ROCK YOU - MUSICAL NUMBERS